The Yakuza: Like a Dragon Hero Edition contains a selection of the game's DLCs, including the Legends Costume Set, the Job Set and the Management Mode Set.

Ichiban Kasuga was just a lowly foot soldier in the Yakuza in Tokyo. Now he is to spend 18 years of his life stewing in prison for a crime he did not commit. Bravely he serves his time in prison, waiting for the moment of his release, but then he learns that there is no one waiting for him on the outside and his clan has been wiped out by the man he respected the most.

Ichiban sets out to uncover the truth behind the betrayal of his family and reclaim his life. In the process, he gathers around him a ragtag band of outcasts: Adachi, a renegade police officer, Nanba, a homeless ex-caregiver, and Saeko, a hostess with a mission. Together, they get caught up in a conflict brewing beneath the surface of Yokohama and must become heroes they never expected to become.

Experience dynamic role-playing combat like never before. Try your hand at 19 different jobs - from bodyguard to musician - and turn the battlefield into your weapon. Use clubs, bicycles, umbrellas, street signs and anything else you can get your hands on to sweep the streets!

Enter the playground of the underworld! If you're not cracking skulls, you can also spend your time at the local arcade playing some SEGA classics, competing against people in crazy go-kart racing, completing 50 unique side stories or even just strolling through a modern Japanese city. There's something new to discover around every corner. 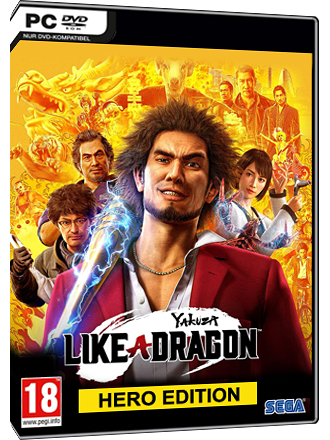