Win as One In EA SPORTS FIFA 21 with the power of Frostbite. FIFA 21 offers more gameplay than ever before, whether on the streets or in the stadium including UEFA Champions League and CONMEBOL Libertadores.

Experience a whole new way to play your season. You can jump in and out of the action during your matches to determine the final result. You can take key moments like penalties or free kicks to turn games around. And you can keep an eye on player performance and match statistics to make changes directly in the simulation.

Enjoy even more control over player development in FIFA 21. With new positional training, you can turn a full-back into a right winger, a goal-hungry midfielder into a false 9 and more. And new development plans allow you to focus your team development on exactly those areas that perfectly suit your team's style of play.

Create the team of your choice from current and former players in FIFA 21 Ultimate Team.

- VOLTA - Experience the magic of street football with your friends, show off your style in cages and on pitches around the world,

and enjoy a wide variety of small-sided variants 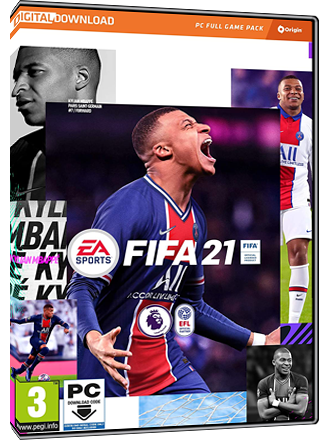